Enter your City name or Pincode

The fast developing town of Mehatpur-Basdehra town is situated in Una district of Himachal Pradesh. This town comes on the way between Chandigarh-Dharamshala Highway and is the entry point of Himachal Pradesh. It shares its southern border with Punjab State. River Satluj flows closely to this town in Himalayan plains. Nangal Township and Bhakhara Dam are some of the attractions situated closer to Mehatpur basdehra. It is located about 11 Km away from Una, the district town and 6 Km away from Nangal. This town is more popular as an industrial area. 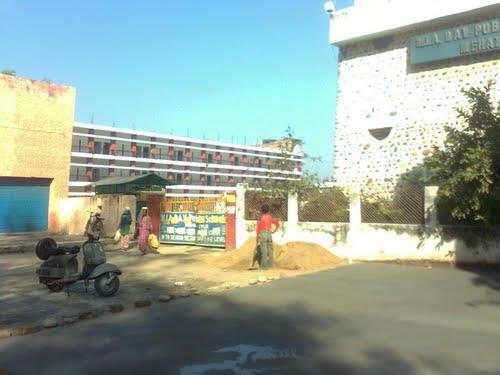 Mehatpur-Basdehra is located at 31°24'33N and 76°20'24E at an average elevation of 360 metres. Una which is the District headquarter is located 12 Kilometer away from Mehatpur Basdehra while Shimla, the State headquarter is located 210 kilometer away. This beautiful town in Shiwalik range is spread across an area of 3.50 sqkm. As per 2011 Census, the total population of this town is 9220 and 54% of this population comprises of ales while 46 % comprises of females. The average literacy rate is 66%, which is higher than the national average of 59.5%. Also, most of the poluation residing here is of Rajput and Brahmin community.

In the year 1978, the Gram Panchayat of Basdehra and Mehatpur was declared as Notified Area Committee Mehatpur-Basdehra which is now also called as Nagar Panchayat Mehatpur-Basdehra, thus bringing the town in existence. Mehatpur-Basdehra prior to 1966 was a part of Una District in Punjab. This town came into limelight, thanks to the biggest Hydroelectic project nearby known as Bhakhra- Nangal and also due to National Fertilizer Limited in Nangal.

This town is administered by the Nagar Panchayat. This town was once a village and thus the planning of the town hasnt been great with narrow streets, tightly placed mohallas etc. Water is supplied through I&PH department by the State Govt. The Nagar Panchayat of this town is playing an important role for social justice and economic development which includes performing functions like regulation of land use and construction of buildings, urban planning, roads and bridges, solid waste management and public health sanitation conservancy, safeguarding the interest of the weaker sections of society, urban poverty alleviation. They also help in establishing urban amenities and facilities such as Gardens, parks, play grounds. Best efforts are put up by the nagar panchayat for the upliftment of this town.

This town is a popular industrial centre in this region of Himachal Pradesh. It acts as a business centre of daily needs to the surrounding villages. This town is also the transport centre for LPG cylinder and bricks to most parts of Himachal Pradesh. The local residents of this town are more involved in agriculture, services in Govt. and private sector, animal husbandry, serving in NFL Nangal and BBMB. Mehatpur Basdehra is a blooming industiral area. There are two major wine companies in this town and also major industrial recyclers are active in Mehatpur Basdehra.

This town is not fully developed . You cannot find much of the services here except for few basic services. This town does have police station and all matters regarding break of law and order can be reported here. There are not many hotels here for accommodation and you could choose to stay either in hotel Menon or Hotel Buddha which provides decent accommodation. There is a petrol pump and gas connecting agency in the city limits. There are many banks that are spread across the city which will help you to carry out all your money transactions easily. All these services are listed below along with their contact and address.

Mehatpur Basdehra does not have its own railway station and the nearest railway station is Nangal dam railway station which is about 4kms away. You can then hire a taxi or bus to reach Mehatpur basdehra. The nearest airport is Sahnewal Airport which is located 71kms away. There are buses connecting Una with other major cities. Una is just 11 kms away from Mehatpur Basdehra , thus connecting this town to all nearby cities. The two important roads passing through this town is NH25 and Bhabour sahib- Mehatpur road. These roads connects the town with all nearby cities like Nangal and Una. Mehatpur Basdehra falls on the way to many religious shrines like Shiri Mata Chintpurni ji, Maa Chamunda Devi ji and many other tourist points like Dalhousie, Dharamshala.